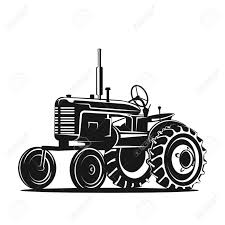 Andy went to meet Jesus on Nov. 6th 2019. He passed peacefully, at age 88, holding hands with the love of his life, Marion, and surrounded by family.

He grew up in Elk River where he attended grades 1-8 at the Otsego Country school, graduated from Handke School in Elk River in 1949. He worked and eventually bought the family dairy farm from his parents. He Married Marion Phillips Munns on June 6th 1951. They raised 4 children, Diane, Randal, Scott and Teresa. In 1978 they moved to McGregor, MN where they continued to farm, raising Simmental cattle and hogs. He soon went back to milking cows.  In 1994 He sold the milk cows and went to work for Bill Kangas, building houses and cabinets.

Andy had a passion for life. He was always there for others in any way he could be. He loved animals, adventure, traveling to Montana, fishing, boating or canoeing and coffee with good friends. Most of all he loved his Family. He was a jokester and a story teller. He held a strong but quiet faith in Christ. He believed the best place to find God was in the fields and the animals. Andy new the value of a hard day’s work and always thankful for any opportunity to do so.

Services will be at the McGregor United Methodist Church on Saturday Nov. 23, 2019 - 3:00pm with visitation 1 hour prior to the service at the church. Pastor Joel Seibel will officiate.  There will be reception following the service at the McGregor community center from 4:30 to 7:00pm.  Arrangements are with McGregor Funeral Home & Cremation Services in McGregor.  www.srtfuneral.com