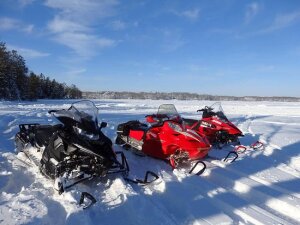 Alvin Lawrence Hanson, 91 of Thor, died Monday, July 5, 2021 at his home surrounded by his family.  He was born December 9, 1929 in Brainerd to Henry and Agnes (Johnson) Hanson.  He grew up in Thor where he was a lifelong resident.  He graduated from Aitkin High School in 1947.  In his early teens, Alvin began hauling cattle and freight for his dad to South St. Paul.  He built his first turkey barn in 1947and began raising turkeys.  In the early 1950’s, in addition to hauling livestock, Alvin began hauling feed to turkey growers in Central MN.    Alvin was united in marriage to Darlene (Moe) on October 16, 1954 at Zion Lutheran Church of Thor.  Together they raised 2 sons, Roger and Robert “Bobby” and taught them to love their family, work hard, and enjoy life!  With the sale of his share of the trucking business in 1973, he expanded his turkey operation.  Alvin raised turkeys until 1995.  He turned the farm over to his sons who continue to raise turkeys.  Alvin enjoyed riding motorcycles, snowmobiles, ATV’s and his Side-by-side.  He bought his first snowmobile in 1967 and this was the start of his love of riding snowmobiles.  When the last flock of turkeys went to market in the fall, Alvin looked forward to the winter months to relax and have extra time for riding.  He was always ready to go!!  After retiring from the turkey farm Alvin occupied his time riding his ATV.  Some of Alvin’s fondest memories are of the snowmobile and ATV trips he took with his sons and friends.  If you were ever lucky enough to ride a snowmobile or ATV with Alvin (“AKA the Speeding Bullet”) you usually rode behind him.  Alvin enjoyed polka music and traveling with Darlene and with family and friends to warmer climates like Hawaii, and on several cruises.  He was dedicated to maintaining and grooming the Snow-Flyers snowmobile trails for 18 years.  This commitment resulted in him being awarded a Life-Time member of the Tamarack Snow-Flyers and also naming a trail after him.  He was a member of numerous other snowmobile and ATV clubs.  He was on the board of the Aitkin Area Turkey Growers Association and a lifetime member of Zion Lutheran Church of Thor.  He was preceded in death by his parents Henry and Agnes Hanson, brother Edwin (Yvonne) Hanson, sister Doris (Robert) Nordean, brother Donald (Sally) Hanson.

Alvin is survived by his wife Darlene Hanson;

Many other special relatives and friends.

Visitation will be 4 – 7PM Friday , July 16, 2021 at Sorensen-Root-Thompson Funeral Home in Aitkin. and will continue 1 hour prior to the 11AM Saturday, July 17, 2021 Memorial Service at First Lutheran Church in Aitkin.  Pastor Jordan Gades will officiate.  Music will be provided by Tiffany Gustin and Tony Klee.  Burial will be at a later date in Saron Cemetery.  Honorary Pallbearers are: Bob Lindenfelser, Denny Solsvig, Todd Johnson, Arnie Lueck, Stan Gustin, Harvey Monson, Doug Bare, Kevin Miller, Charlie Walker, and all the people that rode with Alvin on his many snowmobile and ATV adventures.  Following the service Alvin’s family cordially invites everyone to the 40 Club Convention Center in Aitkin for a time of fellowship.  To leave a message of condolence please go to www.srtfuneral.com

To send flowers to the family or plant a tree in memory of Alvin Lawrence Hanson, please visit our floral store.