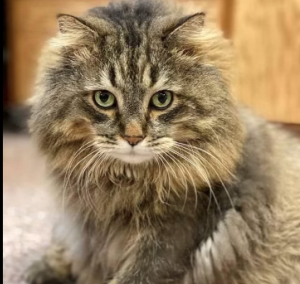 Cora Pauline Kalevik Holzinger, 81, died on January 17, 2021 at the St Cloud Hospital. she was born on May 7, 1939 to Mathias T. and Mabel D. (Gunderson) Kalevik in Kandiyohi MN. She was baptized at Gausdal Lutheran Church and later she served as organist at Gausdal.

She married Dale R. Petersen and this union was blessed with 2 children, Pauline (Fahey) and Perry (Peter Rite). After separating as friends, Cora moved to the metro area. She was blessed with another child, Clark, who passed away at the age of 2. She married Richard (Dick) Holzinger in 1975. She pursued her nursing degree and became an RN. She worked at Mercy Hospital until they both retired to Waukenabo Lake, Palisade MN in 1980. After moving to the lake, Cora worked part-time at the Aitkin Public School as a nurse and then as Shift Supervisor at the Aicota Nursing Home.  After Dick passed away she moved in Blackrock Terrace in Aitkin until she moved the Crosby Care Center.

Cora enjoyed time with her family! For a number of years, she and Dick would host what was lovingly referred to as “Camp Cora” at their lake home near Palisade. It was a wonderful time of visiting, reminiscing and, of course, food prepared by Cora. Cora was also a member of and organist at Hilltop Chapel in Palisade MN for over 21 years.  She was also a proud member and supporter of Triad with her daughter.  Cora was truly a caretaker. She loved talking with people and getting to know them and she always remembered your name and everything about you. She treasured all her relationships with family and friends.  Special thank you to the Crosby Care Center – she loved her time and everyone there!

A small family funeral will be held on Saturday, January 23, 2021 at 11:00 AM at Hilltop Chapel, Palisade MN with Pastor (and treasured friend) Barry Hite officiating. Cora has always enjoyed the music and friendship of the Churchyard Grass band and they will be providing the music at her service.    Burial will be in Waukenabo Cemetery.  Sorensen-Root-Thompson Funeral Home & Cremation Services in Aitkin assisted with arrangements.  To leave a message of condolence please go to www.srtfuneral.com

To send flowers to the family or plant a tree in memory of Cora Pauline (Kalevik) Holzinger, please visit our floral store.

You can still show your support by sending flowers directly to the family, or by planting a memorial tree in the memory of Cora Pauline (Kalevik) Holzinger
Share a memory
© 2021 Sorensen-Root-Thompson Funeral Home. All Rights Reserved. Funeral Home website by CFS & TA | Terms of Use | Privacy Policy