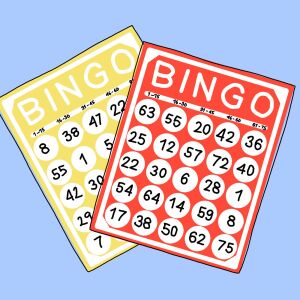 Dorothy Lucille Gordon, 83 of Aitkin passed away Sunday, September 18, 2022 at Riverwood Health Care Center in Aitkin.  She was born June 14, 1939 in Eastside Township, Mille Lacs County to Joseph and Marcella (Reineccius) Florek.  She grew up on the north side of Mille Lacs Lake and graduated from Aitkin High School.  Dorothy was united in marriage to James W. Gordon on April 4, 1959 in Sioux Falls, South Dakota.  They raised their family in New Hope and then returned to her childhood home on Mille Lacs Lake to enjoy their retirement years.  She was a member of the local quilters club and was able to attend quilting retreats and travel the United States with friends to see different historic quilts, quilting patterns, and materials, and meet others who enjoyed quilting as much as she did.  She was an avid sewer, she enjoyed fishing, cooking homemade meals for her family, going to the casino and to Bingo night.

Dorothy is preceded in death by her husband, James W. Gordon in 1995; grandson, Matt Davidson; 3 brothers, Jerry, Jim, and Butch Florek and her parents, Joseph and Marcella Florek.

Dorothy is survived by 2 daughters and sons-in-law, Sue and Greg Petersen of Nowthen and Tammy (Wally) Fuhol of Stanchfield; 2 sons, and daughters-in-law, Wayne Gordon of Glen and Mark (Janet) Gordon of Otsego; brother, Mike Florek and Sister, Sharon Nelson.  She is also survived by her “Adopted” son Andy Tomczak, many special grandchildren, great-grandchildren, other relatives, and friends.

Funeral service will be 11am – Saturday, October 15, 2022 at Sorensen-Root-Thompson Funeral Home in Aitkin.  Visitation will be 1 hour prior to the service at the funeral home.  Burial will be in Opstead Baptist Cemetery.  A reception will be at the Aitkin American Legion Post #86 following the service.

Go to www.srtfuneral.com to leave a message of condolence.

To send flowers to the family or plant a tree in memory of Dorothy Lucille (Florek) Gordon, please visit our floral store.

A Memorial Tree was planted for Dorothy

We are deeply sorry for your loss - the staff at Sorensen-Root-Thompson Funeral Home and Cremation Services, Aitkin

Join in honoring their life - plant a memorial tree