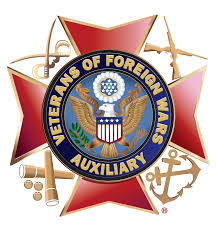 Evelyne “Freddie” J. Johnson, 96 of McGregor, died Thursday, October 10, 2019 at her residence in McGregor.  She was born November 18, 1922 in Wright, MN. to Lyman and Ada (Hughes) Harp.  She attended public school in Wright and worked on the family farm.  Freddie was united in marriage to Viljo J. Johnson November 6, 1948 in Cloquet.  They lived in East Lake for a few years until moving to McGregor.  She enjoyed bowling, baking, flower gardening, music, and playing the piano.  She traveled and wintered in Texas, California and Nevada.  She spent many years working at Savanna Golf Course near McGregor, Purple Hawk Golf Course in Cambridge, and the McGregor Dairy Queen.  She was a member of the United Methodist Church and United Methodist Women of McGregor where she was named “United Methodist Woman of the Year”.  She was also a 60 year member of McGregor V.F.W. Larson-Duneen Post #2747Auxillary.  She was past president of the McGregor P.T.A., past chairman of Aitkin County March of Dimes, and she was honored to be chosen one of the “Outstanding Women of Minnesota”, presented to her by Governor Rudy Perpich.

She was preceded in death by her parents Lyman and Ada Harp;

Freddie is survived by her daughter: Arlis (Frank) Gardner of Missoula, MT.;

2 sons: Ernest Swanson and Alan Johnson both of McGregor

Funeral service will be 11:00 A.M. - Friday, October 18, 2019 at the United Methodist Church in McGregor.  Pastor Diane Brennan will officiate.  Bill Haapoja will provide music. Visitation will be 1 hour prior to the service at the church.  Burial will be in Rice River Cemetery.  A time of fellowship will be at the church following the service.  Memorials are preferred to the McGregor United Methodist Church in lieu of flowers.

To send flowers to the family or plant a tree in memory of Evelyne "Freddie" J. (Harp) Johnson, please visit our floral store.