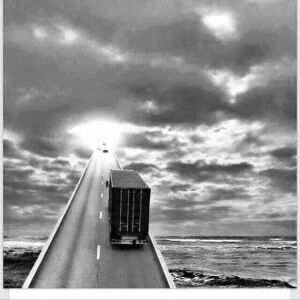 John Dudley Coombs, Jr., 81, Aitkin passed away Saturday, June 20, 2020 at Aicota Health Care Center in Aitkin after a battle with Dementia.  He was born December 7, 1938 in Cedar Rapids, Iowa to John Dudley and Josephine Jean (Brown) Coombs, Sr.  He graduated from Roosevelt High School in Cedar Rapids in 1957.  He achieved the highest honor in Boy Scouts known as the Eagle Scout ranking. He attended the University of Iowa from 1957- 1960.  On March 1, 1960, at the age of 21, Dudley started his own moving business called Dudley’s Transfer in Cedar Rapids.  He was united in marriage to Patricia J. McGuire on February 6, 1965. They later divorced.

In August of 1970 he sold the moving business and moved his family to Aitkin where he ran Coomb’s Garage with his father until his father passed in December of 1972.  Dudley drove truck for 51 years starting out with Montgomery Wards, then Jerry Hammond Trucking – Cohasset, MN, JC Trux – St. Louis Park, and finally Halvor Lines – Superior, WI.  He drove millions of miles throughout the lower 48 states and Canada and saw much of the USA through his truck windows!

Dudley was very involved in the 4-H and the Boy Scouting Program as his kids grew up.  He enjoyed spending time with his children and especially his grandkids and great grandkids, attending many sporting events for his grandkids.  Dudley had a big heart and was always helping others out.

He was preceded in death by his parents John D. & Josephine J. Coombs, Sr.,

his sister Janet Coombs and Mother of his children Patricia.

A Visitation Gathering of Family and Friends will be 5 to 7pm -  Wednesday, June 24, 2020 at the Sorensen Root Thompson Funeral Home in Aitkin.  A private family prayer service led by Pastor Kurt Hagestuen will begin at 7pm.

Dudley will be laid to rest on Friday, June 26, 2020 at the Bennettville Cemetery in Hazelton Township, Aitkin County.

To leave a message of condolence please go to www.srtfuneral.com

To send flowers to the family or plant a tree in memory of J. Dudley Coombs, Jr., please visit our floral store.