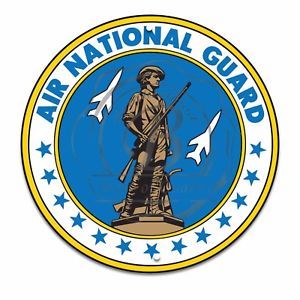 Jacob Bernard Vernon Niesen, 85, formerly of Prior Lake, longtime resident of Swatara died Thursday, August 5, 2021 at his farm in Swatara.  He was born April 7, 1936 in Buffalo to Christ and Sophie (Gilles) Niesen.  He grew up in Buffalo and graduated from Buffalo High School.  He joined the MN. Army National Guard in 1956 and then the MN. Air National Guard in 1962 retiring on April 7 1996 as a Senior Master Sgt.  While in the “Guards” he enjoyed traveling to many different countries, became an expert rifleman, and learned the electrical trade, becoming a Lead Electrician.  Jacob was united in marriage to Margaret Helen (Zwack) August 3, 1957 in Hopkins.  He was a "Kid" Dad who enjoyed camping, hunting, fishing, snowmobiling, and farming his land in Swatara.   He was a Cub Scout Leader for Troop #339 in Prior Lake, a member of the Hill City American Legion Post #340, Aitkin County DFL, AFSCME Treasurer, and a devout Catholic.  He was preceded in death by his parents Christ Niesen and Sophie (Gilles) Niesen Kiphuth, 2 brothers: Jim and Randy Niesen.

Jacob is survived by his wife of 64 years Margaret Niesen;

And many other special relatives and friends.

Funeral Mass will be 10:00AM – Tuesday, August 17, 2021 at Saint James Catholic Church in Aitkin. Father David Forsman will officiate.  Visitation will be 5 to 7pm Monday at Sorensen-Root-Thompson Funeral Home in Aitkin and will continue 1 hour prior to the service at the church.  Burial with full military honors will be 2pm Tuesday at the MN. State Veterans Cemetery at Camp Ripley, Little Falls.  To leave a message of condolence please go to www.srtfuneral.com

To send flowers to the family or plant a tree in memory of Jacob Bernard Vernon Niesen, please visit our floral store.