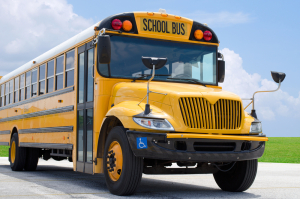 James Warren Robertson, 90 of Ironton died Wednesday, July 22, 2020 at Aicota Health Care Center in Aitkin.  He was born October 26, 1929 in Alexandria to Keith and Reo (Blakesley) Robertson.  He graduated from Aitkin High School in 1947.  James helped his family build and then operate Ross Lake Resort.  He was a U.S. Army Veteran stationed in Germany during the Korean War .  James was united in marriage to Amy (McCollun) Monse on October 7, 1989 in Aitkin.  Besides helping with the resort, James farmed, worked for Vall’s Ready Mix, drove grain truck for Tarr’s Feed Store and was a School Bus Driver with Aitkin Public Schools for 35 years retiring in 1994.  He was a life member of the VFW and a 54 year member of the American Legion.  He enjoyed the outdoors, hunting, and fishing.

He was preceded in death by his first wife of 27 years Mildred Reo Wenzel on June 26, 1982, his granddaughter Kristina Christenson, and his parents.

Many other special relatives and friends.

Funeral service will be 11:00AM - Monday, July 27, 2020 at Sorensen-Root-Thompson Funeral Home in Aitkin.  Reverend Dawn Houser will officiate.  Burial will be in Lake View Cemetery, Aitkin.  Visitation will be 5 to 7PM Sunday and will continue 1 hour prior to the service on Monday at the funeral home.  Go to www.srtfuneral.com to leave a message of condolence.

To send flowers to the family or plant a tree in memory of James Warren Robertson, please visit our floral store.