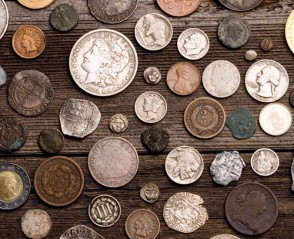 Joseph William Farah, 83 of McGregor died Monday, January 20, 2020 at Aicota Health Care Center in Aitkin.  He was born December 4, 1936 in Brainerd to George and Clara Farah.  He attended school in McGregor and was a U.S. Army Veteran.  He worked in the mines on the Iron Range in Northern Minnesota as a heavy equipment operator and most recently, housing and maintenance supervisor for the Mille Lacs Band of Ojibwe.  He was a member of the local 49ers Union and a handyman that could fix just about anything.  He enjoyed camping, fishing, watching westerns and was an avid coin collector. He was preceded in death by his parents George and Clara Farah, Brother Richard, sister Paulie, son Roy Bruneau.

Joseph is survived by his wife Eileen Farah of McGregor,

Many other relatives and friends all who are cherished & loved.

Funeral service will be 11:00A.M. – Tuesday, January 28, 2020 at Holy Family Catholic Church in McGregor.  Father David Forsman will officiate.  Visitation will be 4 to 8P.M. – Monday at East Lake Community Center in East Lake and will continue 1 hour prior to the service at the church.  Burial with military honors will be in Woodland Cemetery in McGregor.  Arrangements are with McGregor Funeral Home & Cremation Services of McGregor.  www.srtfuneral.com

To send flowers to the family or plant a tree in memory of Joseph William Farah, please visit our floral store.