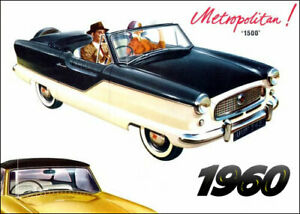 Margaret (Peggy) Elizabeth Romer-McCarthy 69 of McGregor, MN and formerly of Virginia, MN and Duluth, MN died Friday September 17, 2021 at home on Rock Lake near McGregor. She was born April 23, 1952 in Virginia to Alfred and Bertha (Angove) Romer.  Following graduation in 1970 from Roosevelt High School she became a beloved nurse for 40 years in the Duluth area finishing her career at Essentia/St. Mary’s in the Pre-Op Post-Op area.  Peggy was an original Earth Mother. She had an early interest in organic farming involving both crops and animals. She preserved her garden vegetables and shared her bounty with friends and family. She made cheese from her goat’s milk and yarn from sheep’s wool on a spinning wheel. Peggy was a talented knitter and seamstress and a budding basket weaver.  She was a caring, loving, nurturing person who lived for her family, especially enjoying shopping and caring for her 5 grandchildren, visiting and talking to her brothers and sisters and cooking for all of them, including the in-laws. Peggy also loved her 1960 Nash Metropolitan. She had great fun driving on errands around town and to classic car shows where she shared the history and her enthusiasm for the car to anyone who would listen.

There will be no services at this time. Burial will be in Greenwood Cemetery in Virginia MN.  In lieu of flowers or other gifts, please consider Planned Parenthood, an organization near to Peggy’s heart or The University of Minn. Solid Organ Transplant Center, 909 Fulton St. SE. Suite 2-201, Minneapolis, MN 55455.    Arrangements are with McGregor Funeral Home & Cremation Services in McGregor.  To leave a message of condolence please go to www.srtfuneral.com

To send flowers to the family or plant a tree in memory of Margaret (Peggy) Elizabeth Romer-McCarthy, please visit our floral store.

You can still show your support by sending flowers directly to the family, or by planting a memorial tree in the memory of Margaret (Peggy) Elizabeth Romer-McCarthy
Share a memory
© 2021 Sorensen-Root-Thompson Funeral Home. All Rights Reserved. Funeral Home website by CFS & TA | Terms of Use | Privacy Policy