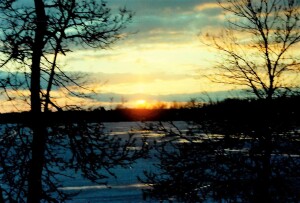 Michael (Mike) Allen Hill, 79, passed away Sunday, November 14, 2021 at Aitkin Health Services from complications of Dementia.  Mike was born July 29, 1942 in Crosby, MN to Allen Edwin and Jessamine Marie (Oppelt) Hill.  He grew up in Aitkin and graduated from AHS in 1960.  He went on to Molar Barber School in Minneapolis.  After working at several barber shops in the twin cities area, he and fellow barber Don Herr, opened up their own business in Milaca, H&H Barber Shop, in 1965.  Mike enlisted in the Minnesota Army Nation Guard in 1964 and served 6 years until he was honorably discharged in 1970.  He was a member of the Aitkin American Legion Post 86 for 50 years.  Mike was united in marriage to Elaine Fortier on October 10, 1964 in Oklee, MN.  They had two children, Monica Lynn (1969), and Matthew Allen (1971).

In 1966, upon his father’s passing, Mike and Elaine moved to Aitkin to help his mother at the Sears Catalog Store.  Eventually Mike became the Authorized Sears Catalog Merchant.  In 1983 Mike and Elaine purchased the Aitkin Furniture and Carpet Company.  He worked there until selling the business in 2005.  Mike loved Aitkin and was very involved in the community. He joined the Jaycees and held several offices.  During this time he received the Aitkin Jaycee Outstanding Young Man Award and was honored with U.S. Jaycee Ambassador Award number 408 in 1979.  Mike was a member of the Chamber of Commerce and was involved in many projects.  Aitkin Furniture received the Business of the Year Award in 1997 and Mike received the Warren Potter Award in 2004 for a lifetime achievement award, honoring his contributions to the City of Aitkin and the business community.  He was the Riverboat Captain 2006 with his wife Elaine as the Queen.  Mike served on the Aitkin City Council for 8 years, 2 as a Council Member and 6 as its Mayor.  He served on several boards in the Community, all with the intention to build a strong and healthy community.  These organizations included the Aitkin Development Corporation (now Aitkin County Growth), Blackrock Terrace, St James Catholic Church, and 29 years on the Board of Directors at Riverwood Healthcare Center.  One of Mike’s biggest joys was spending time on the pontoon on Cedar Lake with his fishing line in the water.  He wasn’t one to catch many fish, but he loved having his grandchildren with him, teaching them how to fish.  Mike was preceded in death by his parents.

He is survived by his wife Elaine;

In Lieu of flowers, memorials may be made in Mike’s name to Riverwood Healthcare Foundation or the Aitkin Area Team Alzheimer’s Association.

Funeral services will be 11:00am – Saturday, November 20, 2021 at Saint James Catholic Church, Aitkin.  Father David Forsman will officiate.  Visitation will be 1 hour prior to the service at the church.  Interment will be in Saint Thomas Cemetery.  Military Honors will be provided by Aitkin American Legion Post #86 and Aitkin V.F.W. Post #1727.  Arrangements are with Sorensen-Root-Thompson Funeral Home & Cremation Services in Aitkin.  Please go to www.srtfuneral.com to leave a message of condolence.

To send flowers to the family or plant a tree in memory of Michael Allen Hill, please visit our floral store.