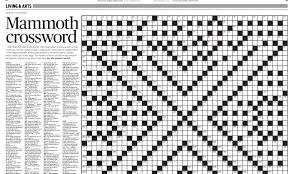 The Reverend Allen Clark Harris was born Allen Calvin Harris, Jr, on February 7, 1928 to Allen Harris, Sr, and Lula Scott Harris in Smoaks (Walterboro), SC. He helped his parents by farming with a mule and graduated from Walterboro High School at the age of 16.  He attended Morehouse College in Atlanta, GA, and was a postman for two years. During the Korean War, Allen served in aircraft maintenance mostly in Japan and Okinawa, achieving the rank of Staff Sargent in 3 years.  After 10 years, he left the Air Force to go into the ministry.

Allen was ordained in 1963 in the American Baptist Church, served a church in Denver, CO, and ran his own maintenance company.  While in Denver, he graduated with a BA from Rockmount College and received his Master’s of Divinity degree from Iliff Seminary.  In 1979 he was called to serve the Inner-City Cooperative Parish (three United Methodist churches) in Des Moines, IA.  Allen was received as an Elder in the United Methodist Church in 1983 in Minnesota.  He was appointed to Camphor UMC (St. Paul), Zimmerman UMC, and Aitkin/Pine Lake UMCs.  He attended Clinical Pastoral Education for Chaplaincy at Hennepin County Medical Center (Minneapolis, MN) in 1990.  When he retired from full-time pastoring in 1997, he preached in the Northern Lights Parish (UMC) and served at Onamia UMC from 1998 to 2011.

Allen was involved in many community organizations in Aitkin County:  Hospice Board, Habitat for Humanity (Executive Director, 7 houses), Chaplaincy, Aitkin Ministerium, Violence Prevention, and the Day Activities Center Board.  In the Minnesota United Methodist Conference, he was on the Ethnic Minority Concerns Committee, Religion and Race Action Team, Multicultural Camping, Multicultural Festivals, Board of Ordained Ministries, and the Council of Ministries. Shortly before retirement in 1997, with the help of friends and businesses, he built a house for his family near Aitkin.  For years he was able to cook, fish, garden, teach grandchildren, and travel, before ill health meant he could only read and dream.

In lieu of flowers, donations are suggested to the following organizations in memory of Allen:  Special Olympics, Habitat for Humanity, American Cancer Society, National Kidney Foundation, or one of the churches he served in Minnesota.  A Celebration of Life will be held at 11 a.m., Friday, October 30th, at the Aitkin United Methodist Church, with Covid-19 restrictions.  Call the church (218-927-3242) if you wish to attend.  A video will be available on YouTube after the service.

To send flowers to the family or plant a tree in memory of Reverend Allen Clark Harris, please visit our floral store.