Share a memory
Obituary & Services
Tribute Wall
Read more about the life story of Richard "Dick" and share your memory.

Richard “Dick” George Landrus, 60  of McGregor and Hill City passed away Monday, January 23, 2023 at his residence in McGregor.  He was born June 14, 1962 in Aitkin to Arnold D. and Dona M. (Tix) Landrus.  He grew up in the Hill City area and graduated from Hill City High School in 1980.  After school Dick worked many different jobs including one summer fighting Fires from a helicopter.  He also worked construction, roofing, A/C manufacturing and for the past 20 years has been employed with Savanna Pallets of McGregor.  Dick had a love for all animals especially for his cats.  He enjoyed woodworking, camping, fishing and hunting.

He was preceded in death by his grandparents: George & Golda Landrus

Dick is survived by his parents: Arnold and Dona Landrus of Hill City;

And many other special relatives and friends who mourn his passing.

Dick was a great friend to many and was willing to help everyone.

A celebration of Dick’s life will be 1 to 3pm Sunday, February 5, 2023 at Spang Townhall, Hill City.  Arrangements are with Sorensen-Root-Thompson Funeral Home & Cremation Services of Aitkin.  Go to www.srtfuneral.com to leave a message of condolence.

To send flowers to the family or plant a tree in memory of Richard "Dick" George Landrus, please visit our floral store. 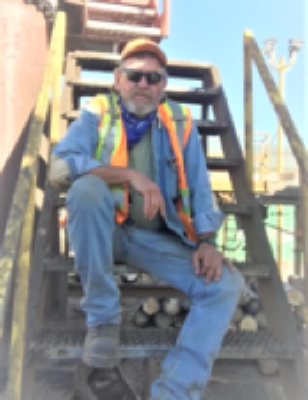 Family and friends are coming together online to create a special keepsake. Every memory left on the online obituary will be automatically included in the book.

You can still show your support by sending flowers directly to the family, or by planting a memorial tree in the memory of Richard "Dick" George Landrus
SHARE OBITUARY
© 2023 Sorensen-Root-Thompson Funeral Home. All Rights Reserved. Funeral Home website by CFS & TA | Terms of Use | Privacy Policy | Accessibility