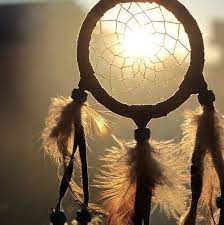 Sandra Marie Skinaway, (Bagwejiwashiik), 55 of McGregor passed away Tuesday September 14, 2021 at the University of Minnesota Hospital in Minneapolis, MN. Sandra was born November 18, 1965 in Chicago, Illinois to Clifford Monroe Skinaway Sr. and Gloria Jean (Sayers) Skinaway. Sandra attended Fond du lac Ojibwa school and graduated from Mcgregor high school (class of ‘84) and enlisted in the United States Army ISC-PTC from June 1984-March, 1987, where she was stationed in Arlington, VA.  Sandra was married to the father of her two children, Kenneth Perry Sr. (eventually they divorced). She began her career working at the Pentagon.  She moved to Minneapolis and soon relocated back to her original homeland, on the north side of (Big) Sandy Lake.

She worked in Aitkin as an office manager for the MN Department of Natural Resources from June 1991- August 2005. She retired from the DNR but never stopped working as the tribal chairwoman for her tribe, the Sandy Lake Band of Mississippi. Sandra was a pillar in the community and recognized leader of the Sandy Lake Band.  She worked for years, following the passing of her father (Clifford Monroe Skinaway Sr. ‘94), fighting to restore federal recognition for her homeland. She worked alongside many local, state, tribal and federal representatives throughout her lifetime. She worked with GLIFWIC(Great Lakes Indian Fish and Wildlife Commission), every 3rd Wednesday of July, as a gracious host for the Sandy Lake Tragedy Memorial paddle. In recent years, she worked as secretary of the 1855 Treaty Authority. She was also actively involved in advocating for the wolf. Her family and tribal roots remain a priority. Sandra loved spending time with her children and family, and enjoyed her Grandchildren the most. She is survived by her beloved children, son Kenneth Perry Jr. of McGregor and her daughter Tashina Perry of Duluth. She had eight grandchildren who she loved very much; Kenneth Perry III, Atreju John Perry, Peyton Perry, Wabagheezhigikwe Anastazia Lee Sandman-Shelifoe, Alexis Perry, James Perry, Elizabeth Perry, and Anthony Perry. Sandra was the oldest of 9 children and was proceeded in death by both her parents, Clifford Monroe Skinaway Sr. and Gloria Skinaway, her sister Emma Skinaway and her brother Monroe Skinaway. She leaves behind 6 younger siblings and many beloved nieces and nephews.

Tribal rites will be held 10:00am – Friday, September 17, 2021 at the East Lake Ceremonial Building in East Lake-McGregor.  Vincent Merrill is the Tribal Rites Leader.  Visitation is at Dusk on September 16 at the Ceremonial Building.  Burial is in the Big Sandy Lake Burial Grounds.  Arrangements are with McGregor Funeral Home & Cremation Services in McGregor.  To leave a message of condolence please go to www.srtfuneral.com

To send sympathy gifts to the family or plant a tree in memory of Sandra Marie Skinaway, please visit our tribute store.