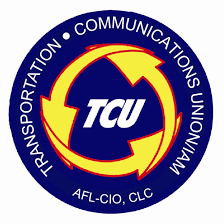 Theodore B. Nelson, 74 of Andover

Ted B. Nelson died Saturday, February 22, 2020 at Aitkin Health Services in Aitkin.  He was born October 18, 1945 in Saint Paul to George W. and Leona M. (Brown) Nelson.  He graduated from high school in Saint Paul and attended the University of Minnesota and Dunwoody Institute becoming a trained welder.  He was a U.S. Navy Veteran serving during the Vietnam War.  Ted was united in marriage to Marge (Knutson) on May 27, 1979 in Saint Francis.  He was a member of the TCU Union.  He was preceded in death by his parents.

Ted is survived by his wife Marge Nelson,

To send flowers to the family or plant a tree in memory of Theodore "Ted" Bruce Nelson, please visit our floral store.

You can still show your support by sending flowers directly to the family, or by planting a memorial tree in the memory of Theodore "Ted" Bruce Nelson