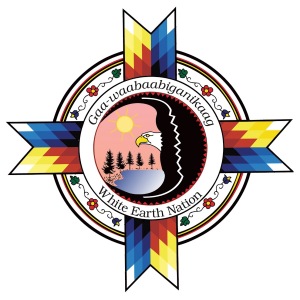 Vienna Gordon, 80 of Aitkin began her journey to the spirit world on Monday, August 24, 2020 at Aicota Health Care Center in Aitkin MN.

She was born in December 9, 1939 in Ponsford MN to Robert Vilas Sr. and Anna Yellowhead and is an enrolled member of the Minnesota Chippewa Tribe White Earth Band.  She was known as “Ma” or “Vee” to many people growing up around the family in Detroit Lakes MN and was married to Charles J. Gordon of Saratoga Springs, NY.  After the passing of her husband, she moved to Moorhead MN.  While there, she worked at Eventide Assisted Living facility as a housekeeper.  After retiring, she moved to Waubun MN and lived there for several years.  She loved to pass time by playing scrabble, going to Bingo, doing puzzles and word searches. One of her most favorite things to do was going thrifting at the second hand stores and eating out afterwards.

She was preceded in death by her husband Charles Gordon, daughter Cheryl Jendro, 2 sons Robert Vilas and Arleigh Vilas.

Vienna’s family will be holding a private traditional ceremony.  Sorensen-Root-Thompson funeral home & Cremation Services in Aitkin assisted with arrangements.  To leave a message of condolence please go to www.srtfuneral.com

To send flowers to the family or plant a tree in memory of Vienna LaVerne (Vilas) Gordon, please visit our floral store.

You can still show your support by sending flowers directly to the family, or by planting a memorial tree in the memory of Vienna LaVerne (Vilas) Gordon